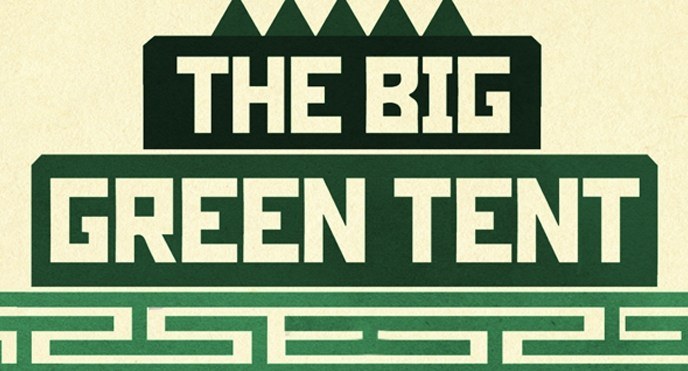 Ilya, a Soviet dissident living in mid-twentieth century Russia, seeks out his former teacher, Victor Yulievich, at his home in Moscow. Needing encouragement for dark times, Ilya hopes for a conversation that will rekindle the idealism and exhilaration of his schoolboy years. Upon his arrival Ilya finds Victor asleep in his library, a glass of vodka close at hand. The scene provides Ilya with a moment for stark reflection. ​“He would have to ask him: Why he was lying there all alone, half-drunk, surrounded by the finest works of Russian literature? Maybe it was true that only beauty would save the world, or truth, or some other high-flown garbage; but fear was still more powerful than anything else.” Referencing the famous platitude from Dostoevsky’s The Idiot, Ilya casts Victor as a kind of holy fool, one whose ideals are too noble and naïve to survive. Lying in a heap among these beautiful books, Victor encapsulates the crisis of the arts in Soviet Russia, becoming the emblem of Russia’s estranged relationship with its artists.

This relationship is a central concern of Ludmila Ulitskaya’s The Big Green Tent. Told largely through the eyes of three Soviet dissidents — a musician, a photographer, and a poet — and their families, The Big Green Tentdemonstrates the bizarre relationship Russia shares with its own artists, paradoxically celebrated and censored. As Ultiskaya wryly notes in the novel, the 18th Century poet Pushkin may be the patron saint and founder of Russian literature, but not even he escaped the surveillance of the Tsar’s secret police: ​“The past was no better than the present. […] One had to try to escape, to wrestle free from every era, so as not to be devoured by it.” In Ulitskaya’s vision, the Russian artist is both intensely gifted but also destabilizing, traversing the borders of Russia’s history, trying to breath new life into communities while eluding the authoritarian state.

Ulitskaya herself is no different. As a vocal opponent of Putin and his policies, Ulitskaya has denounced contemporary Russia on many occasions, even as her literary fame has grown. While her writings celebrate the rich history and literary heritage of Russia, they also offer a scathing indictment of its political and social accomplishments. Thus The Big Green Tent is a Russian novel in the classical sense, expansive and complex, both celebrating and deploring its culture of origin.

Eschewing a typical timeline, the novel moves effortlessly between various moments in the lives of Ulitskaya’s characters, assembling a collage of human striving. This collage, inherently fractured (characters move frenetically into and out of marriages, across national borders, and amidst national crises) is reconciled under the eponymous Big Green Tent. This central image, described in the fevered dream of Ilya’s abandoned wife, Olga, is a place without doors, without borders: ​“a pavilion, all shining and golden,” where the dead and the living line up together to gain entrance. Here, in this eschatological vision, artistic expression is freed from authoritarian censorship. Inside the Big Green Tent there is ​“nothing,” but nevertheless those who enter the tent experience a sensory explosion. ​“There’s a particular scent, something you can’t even imagine, and everything is shining.” Unbounded by words or images, and circumscribed by no authority, the tent represents the unfettered possibility of free expression. This eschaton for artists is the realization of the unfulfilled hopes of Ilya and his friends.

While certainly a work of historical fiction, The Big Green Tent is grounded in the imagined future of Russian dissident artists. To use the H. Richard Niebuhr’s terminology, The Big Green Tent is ​“internal history;” history told from the perspective of the participants, a history into which we are invited to ​“think with poets rather than with scientists.”[1] Seen from this artistic vantage point and pressed towards a particular end (the communal ideal of the Big Green Tent), The Big Green Tent provides not only an account of the Soviet dissident experience as confessed by the community of Russian artists, but also offers an imaginative and prophetic vision of what the relationship between artist and community could, and indeed must, become.

Ulitskaya’s artists are made for community. And yet, for the stereotypical artist, community is supposed to be difficult. Ever since modernity, artists have been cast as social outcasts, tormented and alone in their genius. Artist and writer Makoto Fujimura tackles this stereotype head on, reinventing artists as mearcstapas, an Old English word for ​“border stalkers.”[2] As mearcstapas, artists lead from the margins, having a role ​“that both addresses the reality of fragmentation and also offers a fitting means by which artists can help people from all our many and divided cultural tribes learn to appreciate margins, lower barriers to understanding, and start to defuse the culture wars.”[3] Concerned with the polarization of truth and falsehood in the contemporary American ​“culture wars,” Fujimura identifies the permeability and fluidity of artists as they ply their craft. Far from casting artists as loners or outsiders, Fujimura describes artists as those who leave and then return to their communities, bringing new knowledge and insight. In this way, the role of the artist is twofold, both destabilizing and generative. Likewise, the artists of Ulitskaya’s The Big Green Tent are mearcstapas as well, voicing their dissent and combating the fear that is rampant in their communities through music, literature, and images. Ilya sneaks between alleys and over rooftops to photograph the bloody stampede in Trubnaya Square during Stalin’s funeral, capturing images of the violence to send in secret to the West. Sanya, crippled at a young age and unable to further his career as a piano player, pursues in secret an evolutionary theory of musical systems. Mihka, stigmatized as a Jew, is imprisoned in a labor camp for sharing his love of literature with a coworker. By exercising their freedom and engaging with their communities, Ulitskaya’s artists flirt with death. In each case, cooperation with KGB authorities leads to the end of these characters’ art and, either literally or symbolically, their lives. Contrary to the stereotypical image of the ​“lonely artist,” it is not the isolation of introversion or excessive self-awareness that leads to the untimely deaths of Ulitskaya’s artists. Rather, it is rigorous engagement within their communities, the itinerant and critical engagement of the mearcstapa, that leads to their undoing.

Ulitskaya points to a purpose for the arts beyond expressing dissent; her artists do not merely voice disapproval with the world in which they live. Nor are they simply destroyed by their own contexts. In spite of all that is set against them, artists create new worlds of their own. This is true revolution. Recognizing the musical genius of the crippled Sanya, the professor Kolosov realizes that this boy, too, understands that art is inherently transformative. ​“They were few and far between, the temporal forerunners of humanity, people who not only presaged the new world, but were also able to analyze and research it.” When Sanya hears music, he hears the end of the world and the beginning of a new one; the world of the Big Green Tent. The artist becomes a prophet.

Prophecy aside, Ulitskaya’s characters do not achieve the ideal of the Big Green Tent in their lifetime. They are undone by circumstance, fate, and in some cases simply poor planning. But little moments of reprieve shine through; in cultural climates which stifle the arts, whether Cold War or Culture War, artists can enjoy solidarity and find a modicum of peace. As Ilya awakens his drunken teacher, he finds that his own mind has gone blank. ​“What had Ilya wanted to ask him? What did he want to tell him? Nothing. This was just what he had wanted: to sit down and drink a glass together, to commiserate with each other, to feel mutual sympathy, compassion, love. They drank in silence. And Ilya felt better.” The Big Green Tent balloons over Ilya’s head, if just for a moment. For Ilya and Ulitskaya, perhaps this, for now, is enough.