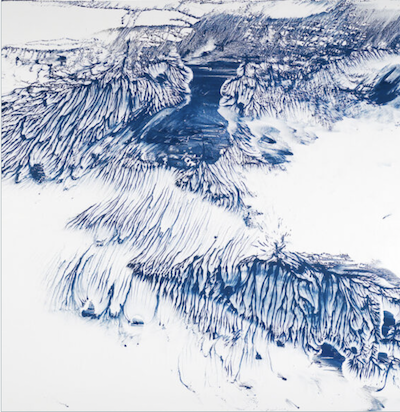 “Nostalgia is not an immersion in the past; nostalgia is the first annunciation that the past as we know it is coming to an end.” — David Whyte

There is something about fall that makes me deeply nostalgic. The season feels a bit strange, particularly as an adult watching kids go back to school, while returning to my ordinary days. Nothing about my life changes in the fall. No sharpening pencils, no new notebooks, no get-to-know me essays. For me, the past three Septembers have forced me to come to terms with the vast expanse of life that lies in front of me: no big plans, no monumental changes on the horizon. Just good, ordinary, simple life. Walks through the neighborhood, dinners with friends, the familiar feeling of an old sweater seeing the light of day again.

I’ve spent a lot of time over the past three years thinking about my place in the world. If I’m being completely honest, I’ve actually spent a lot of time chasing after a place in the world to call mine. White-knuckled and holding onto life tightly in an effort to make sense of what I am being called to do. For those of you in your twenties who are reading this newsletter, you probably understand on a deep level the feeling of finding your place in the world. For those of you who are a bit older, think back to those formative years, full of questions, but very few answers. So, for that reason, every fall brings a gentle reminder that life is full of seasons. Even though I often long for the comfort of a classroom and the familiar routine of school, I’m grateful for the season in which I find myself.

This year specifically, we all spent time reflecting on that fateful day twenty years which resulted in countless people searching for their places in the world, as well. The events that unfolded on September 11, 2001, are seared into the minds and hearts of those who lived them. It would do a disservice for me to accurately try to summarize those feelings for several reasons, primarily that I was only in kindergarten at the time and my memories of the day are hazy at best. What I will say is this: none of us ever expect the crossroads in our lives to come when they do. For some people, it might be a national day of reckoning. For others, it might be the quiet return of another September, forcing us to reflect and remember in ways that might feel uncomfortable. This season is full of opportunity, a chance to bring about beauty from the ashes of the past and cultivate a life full of hope built on a foundation of remembering.

My current exhibit ​“Re-membrance” at High Line Nine Gallery at Hudson Yards real estate project in Manhattan, connects threads of our common traumas through series ​“Columbines,” ​“Walking on Water,” and ​“Water Flames,” series that I’ve done over the last twenty years but completed during the Pandemic.

Columbine series began after the horrific shooting at Littleton, the incident that ​“took our innocence away” in safety of schools. I began by gilding silver leaf onto many panels as silver tarnishes representing tarnishing humanity. But silver creates, over many years, the most beautiful black. For my new painting on Columbines, I used a silver leaf pack that I bought over twenty years ago to highlight some of the areas. Columbines, the name sake for the Littleton High School, are dainty small mountain flowers that fills the sunny sides of Colorado mountains. They have multiple white flowers with outer petals that turn deep purple, but I found that in the shades of pine trees, the outer petals remain ghostly white. They became a symbol for young souls navigating a violent world. Then later, an art historian told me that Columbines were a symbol of the Holy Spirit in medieval times.

The ​“Walking on Water” series was done after 3/11/11 Great Tohoku Earthquake and Tsunami that devastated Japan, and the ongoing nuclear meltdown of Fukushima Daiei Nuclear Plants. And then the Water Flames series began after 9/11/01 to try to piece my own trauma becoming a Ground Zero resident on that fateful day twenty years ago. I painted layers (over 100) of Japanese vermillion until the fires of destruction turned into flames of sanctification.

To remember well, to remember rightly, is to reconnect the fragmented tissues of our memories, to honor the past, and at the same time create Genesis moments toward the future Making. That process is so akin to the work of Kintsugi; my bride Haejin and I relaunched Kintsugi Academy at my exhibit on 9⁄11, 20 years later from that fateful day. We welcomed Kintsugi master Nakamura san from Japan, Dr. Curt Thompson and Dr. Shann Ray Ferch to guide us through healing from trauma and providing leadership toward generational forgiveness. These teachings will be invaluable resources for future remote training to certify Kintsugi Academy instruction.

And the highlight for me also was to have pastor James Hoxworth (Hox) who ministers to families of Columbine High School. I was deeply grateful for his presence with us. The survivors of Columbine shootings then held the Kintsugi bowl brought for them for their twentieth commemoration, donated and now showcased at Columbine High School. In the cracked fissures of the 17th century Korean bowl are hidden layers of trauma, once shattered and now mended. Art dwell in the shadow of the New, pointing the way.

Yours toward a Kintsugi Generation,

Ally Lima is a student at Bucknell University, where she is studying English. She is also a Fujimura Fellow (in training!). Her reflections on justice, art, and culture will appear in the newsletter on a regular basis.

Sally Shaw sat sandwiched between two saxophone players in the back of a tour van heading to Brooklyn when she got the news that she had been selected as one of the top 10 finalists of Playbill’s Search for a Star Contest this past August. What she couldn’t have guessed was that she would end up winning this life-changing competition that marked a fresh start for her after a year without performing due to the limitations of COVID-19. This competition seeks out emerging singers and performers to give them the opportunity to be exposed to the competitive world of Broadway as well as the opportunity to work with and perform for esteemed figures in this industry. I got the chance to speak with Sally following the news of her big accomplishment, and she gave me insight on what the process meant to her and what she hopes other aspiring performers can take away from it.

Ally (A): How did you feel when you found out that you won the competition?

Sally (S): I went to bed really at peace because I felt like what already had been done was enough — the fact that it resonated with people, the fact that the timing felt so right — it was a huge boost so I didn’t really feel anxious about it at all. So, I went to sleep, woke up, and at 9:15 am I got an email that said ​‘Congrats’, and I looked at it and I just kind of sat there and then I laid back down and stared at my ceiling…it was this beautifully intimate moment of thinking ​‘this is the next chapter’ and it was an exciting place to just sit and feel that. It was a very quiet moment and it was really lovely.

A: When did you start performing? What is your theatrical background?

S: I was a very theatrical child but I have grown into myself as a performer… I grew up with an eclectic arts family and learned a lot of random skills… I really loved being on stage and loved the community that theater brought … I went to a really small school and our drama department was very small, but we were mighty … I ended up working in technical theatre for a year and my drama teacher walked up to me and said ​‘I want you to audition for the one-act!’ And I ended up getting the lead in the one act and after that, it quickly became clear that there was nothing else that I wanted to do.

A: How have you used singing and performing to express yourself?

S: When people think about acting and theatre, they think about putting on a character in a way that isn’t truthful… but theatre and singing and acting and dancing, my experience in those things has been the closest thing to living truthfully that I’ve found … it’s this kind of beautiful understanding of human nature that comes with understanding why each note sounds the way it does and where that comes from … we don’t just break into song in real life, but it’s this very vulnerable, incredibly honest practice that has broken me open as a person and allowed me to live so much more honestly with those in my life and with myself.

A: How have you come to know the Culture Care movement? Did knowing about Culture Care make a difference in going through this audition process?

S: The language surrounding Culture Care always gave me a bit of a peace of mind that it’s okay to look different from the industry — it’s okay to practice radical kindness and invite others into this space … Culture care always anchored me in why I want to tell stories, rather than ​‘how can I get to the next level’, I’m asking ​‘why’. That language always being a part of my life from a very young age has been such an influential part of shaping me into this braver, more honest, driven artist”

S: If your voice doesn’t sound like everybody else’s on Broadway … who cares? It is important to just stay as honest as you can with yourself about your own voice and stand behind those differences and really bring those to your work..

It is evident through Shaw’s incredible journey that the Culture Care movement is able to resonate so deeply with individuals who carry these ideals with them as they go through their own personal growth. By implementing these ideals, Shaw, and all followers of this movement, can use their own artistry to connect more deeply with others. As Shaw enters this new stage of her life with open doors, I hope that we can all follow along to see what amazing feats she accomplishes next.