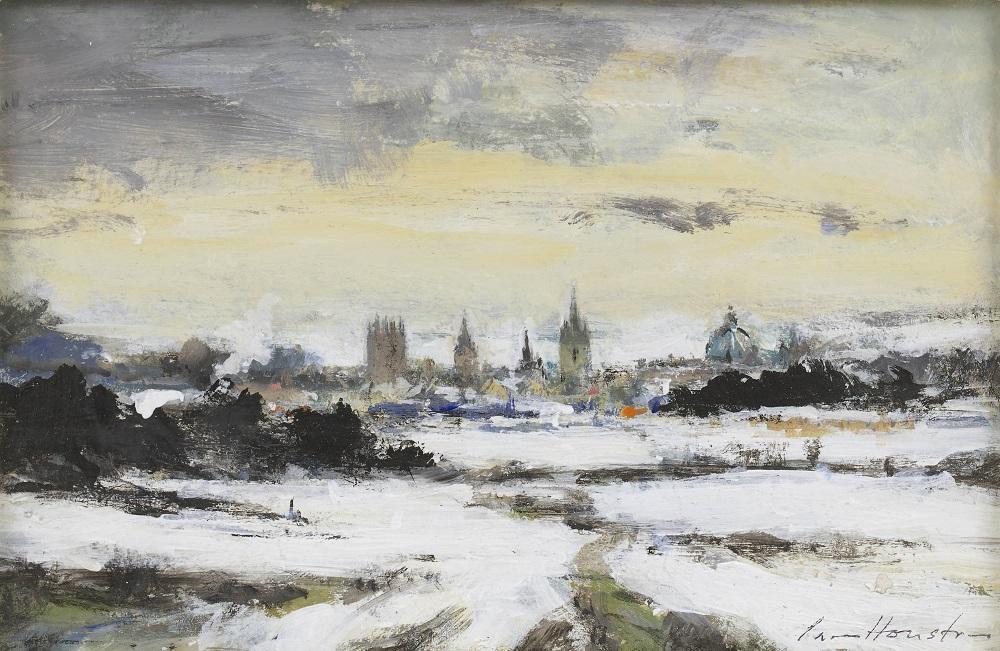 The Inevitable is what will seem to happen to you purely by chance;
The Real is what will strike you as really absurd;
Unless you are certain you are dreaming, it is certainly a dream of your own;
Unless you exclaim — ​“There must be some mistake” — you must be mistaken.

- W.H. Auden, For the Time Being: A Christmas Oratorio

“A thrill of hope, the weary world rejoices…”

As I pulled into a parking spot last week and stopped by car, I sighed and sat back in my seat, eyes heavy. It was mostly silent, the chirping birds silenced by the setting sun. For a brief moment, there were no emails, no phone calls, no meetings. The world was quiet for a moment and I tried to enjoy it. I felt tired in a way that I couldn’t put my finger on.

For perhaps the first time this year, I was acutely aware of the tension of advent: a weary soul rejoicing in the hope of tomorrow. No wreath on my door, no lights on my tree (no tree at all, as a matter of fact), and no magical Christmas plans taking up space on my calendar. Just a normal person, sitting in her quiet car, gearing up for another evening of emails and proofreading, and mundane tasks.

Even on the best days, the artificial magic of Christmas isn’t shiny or bright enough to conceal the brokenness of our world. Suffering abounds, on our TV’s, in our neighborhoods, and in our hearts. We often crave perfection rather than the beauty of reality, which can be too hard and too painful to stomach at times. The past two years have left many of us deeply weary and we yearn for something greater, a deep hope that abounds when we do not have the strength to go on.

This year, in the midst of the shuffle of papers and the flurry of emails and the exhaustion that plagues me, I take great joy in the simple reminders that we are not alone. We do not suffer in vain and we are part of a larger story: one that begins with a little baby, born to teenage parents in the least glamorous way we could imagine. In him, we find rest and hope.

2021 turned out to be very different from what we desired or expected.

The book release became many, many zoom interviews, and podcasts (over 50!), and boy, we have become good at using Zoom or Google as a way to communicate. But we had hoped that the spring will finally be a time when the shutdown will be over. When Haejin and I were at Morpeth Gallery, a local gallery that frames my paintings, we began to brainstorm about how we may encourage people to come to an exhibit, as a way forward into a new world. The exhibit, thankfully, was postponed from April to May.

It was one of the rare times that I exhibited locally in Princeton area. And, because of Haejin’s encouragement, I exhibited works (watercolors of birds and flowers, and prints) that I painted during the shutdown that I normally do not exhibit. The day of the opening was when Governor Murphy lifted the shut down in NJ. In a small opening crowd, many were in tears behind their masks, as this was the first time they have been outside in a public event. One person, a stranger, introduced herself as the executive director of newly built High Line Nine Gallery in Hudson Yards project. Brought over by our colleague, it was an amazing moment of confluence. I had left Waterfall Mansion earlier in the year as my New York City gallery, and had wondered what the next steps were, and God provided a way much earlier than I expected.

So, I ended up, in a year that continued the shutdown mode (at least vacillating between a shut down and football stadiums full of people!), three exhibits, and released a major life work of a book. I had my September ​“Re-membrance” exhibit (to commemorate 20th year of 9/11/01) and the current ​“Re-sonance” exhibit at High Line Nine Galleries.

IAMCultureCare will be going through a transition as well, with new board members in the new year and beyond, with our new partnerships. We will keep you abreast of these developments. Who knows what 2022 will bring! But let’s continue to make into the New, and keep up our network of relationships. The ​“new normal” is already at hand, and it’s good to plan things knowing, of course, we may have to be nimble about our decisions.

Header image: A Glimpse of the Oxford Skyline, Morning After Snow, Ian Houston