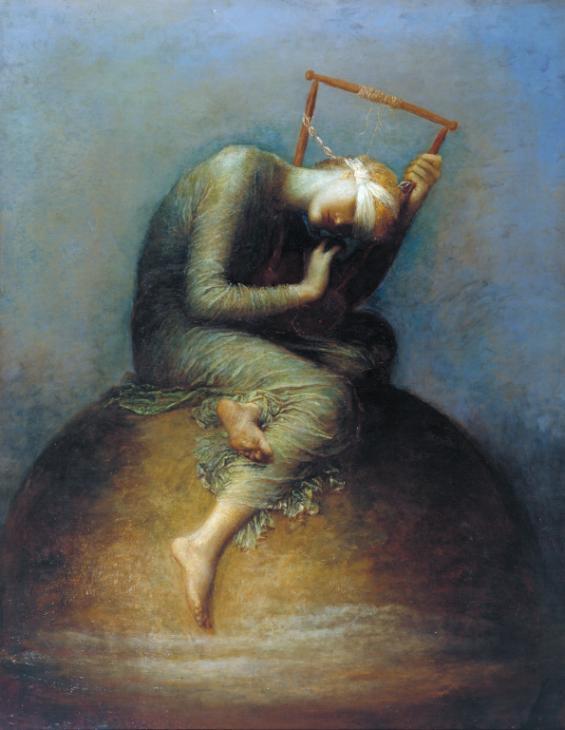 “Here is the world. Beautiful and terrible things will happen. Don’t be afraid.” — Frederick Buechner

Like the rest of the world, I’ve spent the past few weeks glued to the news, refreshing newspaper websites, searching for a glimmer of hope as we all watched — spellbound, horrified — as Afghanistan fell. The images of people rushing to the airport, clinging to the landing gear of a plane, mothers handing their infant children over the fence were enough to bring me to tears on several occasions. The fear in each of the photographs was palpable and I was struck by how helpless I felt. It’s certainly not the first time that an international crisis has brought the world to its feet, but something about this felt different to me. Perhaps because it was a physical example of hope evaporating? With the onslaught of the Taliban’s presence, so many people watched their dreams for a better life disappear in an instant.

Scores of people, all of them more knowledgable about the subject than I am, have written incredibly thoughtful, albeit heartbreaking, pieces about the situation, and I would encourage everyone to read widely and deeply on the subject. But even more important than that is keeping in mind the humanity that is inherently involved in all of this.

I recently came across a sign in the front of a store that read ​“Please be patient, the whole world is understaffed right now.” When I read it myself, it seemed to almost convey a pleading tone, a desperate attempt to impart a reminder on a group of people notorious for expecting things quickly and without any hiccups. It’s stuck with me, not because it’s true, but because it’s a good reminder that behind every decision people make, there are always underlying circumstances that no one will ever know about. Behind every outburst, every delay, every decision we deem ​“unacceptable,” there a thousand little things that have already happened that led to that particular moment.

As a person of faith, I am comforted by my belief in a God who knew about every single little moment leading up to the one we find ourselves in now. But, that being said, I think that this perspective applies to everyone, regardless of your religious (or lack thereof) tradition.

While I dive into another week of watching the news and talking through the simmering pot of emotions laying beneath the surface, I am once again reminded of the hundreds of individuals I’ll encounter while I go about my own life. Mere miles away from me, families are stepping off planes, in a brand new country, facing an entirely unknown world. I can’t imagine the frustration and hardship they’ll deal with as they encounter a set of customs and rules that is entirely unknown to them. For many of us, culture care might be taking a deep breath and reflecting on the human souls who come before, during, and after every decision we deal with.

I have been posting on my YouTube subscription channel a series of interviews regarding Blockchain and NFT technology and art. My interview of Professor Joshua Clayton of NYU has been very illuminating, and recently Joshua informed me that all of his digital, generative pieces he speaks of in the second (most recent) interview that he minted have sold out! We are hoping to continue the interview at High Line Nine Gallery space in September, so stay tuned for that.

My ​“Re-membrance” exhibit opens at High Line Nine on Sept 2nd, and the space is open from 11am to 6pm, Tuesday through Saturday (note the change in days that are open) every week until the end of Sept. Information is at www​.high​li​ne​nine​.com, so if you are in New York City, please stop by the buzzing Hudson Yards!

Haejin and I are excited to re-launch Kintsugi Academy to certify Kintsugi instructors officially. The goal is to train those who can facilitate Kintsugi Workshops as a means of community building toward Culture Care. We will keep you abreast of how you may sign up for these KIntsugi workshops in the future given by certified instructors, and to be certified instructors by signing up for remote classes . Our Kintsugi teachers will be creating video resources for such a remote experience; that list will include Master Kunio Nakamura, Dr. Curt Thompson (psychiatrist) as well as Haejin Shim Fujimura Esq., (Justice Advocate).

Yours toward a Kintsugi Generation,

Ally Lima is a junior at Bucknell University, where she is studying English. She is also a Fujimura Fellow (in training!). Her reflections on justice, art, and culture will appear in the newsletter on a regular basis.

As a college student, I have experienced the privilege of accessible education, something that I have undoubtedly taken for granted at times, and something that too many individuals are unable to relate to. Education is an indispensable resource that serves as a stepping stone to greater opportunity for employment and success, but all around the world, higher education is not accessible to those who fall at the bottom of the societal hierarchy.

While looking into the work of Embers International, the Legacy Education program was one aspect of the organization that caught my attention, largely for this reason. This program is a facet of Embers that aims to take individuals living in the slums of India and provide them with the tools necessary to seek higher education and a brighter future. Because of the nature of India’s caste system, it is particularly difficult for those born into the lowest caste to stray away from the path that is set for them, leaving little hope for mobility in education and employment. By providing these individuals with a chance to obtain proper schooling and access to greater resources, they are able to break the generationally cyclical nature of the caste system and offer hope to other at-risk youths in these areas.

The work of the program epitomizes the meaningful relationship between justice and beauty in the way that the students are able to see themselves and their lives in an entirely new light. Rather than ignoring the hardships and failures of their past, these adversities are transformed into the beauty of a new beginning. While perhaps at one point the idea of becoming a nurse or a lawyer appeared to be an unattainable dream, through the program these students can uncover their full potential and seek the path that was never presented to them. Once they are able to view their capabilities in this new and beautiful way, this is when justice has been achieved.

As I consider the lives of these strong individuals which differ so drastically from my own, my mind is drawn to the power of circumstance. Simply as a result of the environment in which they were born, those in the lowest caste are placed at an immediate disadvantage and must work twice as hard to change the trajectory of their lives. In the stories of these resilient individuals, however, I do not fail to form a connection with them, but rather I see students with the same academic capabilities as myself and my peers, who were simply born into a less privileged environment. While circumstance is what makes my life contrast with the students in India, it is also what can bring us together. As more individuals join the Legacy program to change their given circumstances, the education gap that exists between us will continue to shrink, paving the way for students from all backgrounds to seek justice and beauty in their own lives.